Becoming a McLaren driver, if only for the weekend

I have nothing in common with Formula One legend Sir Lewis Hamilton. He has, after all, received a knighthood; but he’s also better looking than me, he has diamond earrings, he’s won seven more F1 World Championships than me and his bank balance has a lot more numbers than mine. But for one weekend, and

I have nothing in common with Formula One legend Sir Lewis Hamilton. He has, after all, received a knighthood; but he’s also better looking than me, he has diamond earrings, he’s won seven more F1 World Championships than me and his bank balance has a lot more numbers than mine.

But for one weekend, and sadly what will probably be one weekend only, we were both McLaren drivers.

Admittedly, while he was driving at breakneck speeds around Monza, ultimately crashing out to bitter rival Red Bull Racing’s Max Verstappen, I was slightly more conservative as I weaved my way at no great pace down Dubai’s Hessa Street.

The McLaren GT doesn’t belong in the nose-to-tail traffic of Hessa Street. It’s akin to caging a roaring lion. That lion belongs out in the open, where nature intended it to be, and so too does this awesome supercar – all it takes is 3.2 seconds (the time it takes to get from zero to 100kph) to discover this.

Described in the specification template as being “elegant, beautiful and lighter than any competitor, the McLaren GT is tailor-made for epic journeys in modern luxury”; this was certainly put to the test with trips to Hatta, followed by Umm Al Quwain. It, was, as the name suggests, a Grand Tourer.

The proximity to the tarmac while sat in the heated (nice in my native Scotland but unnecessary in the deserts around Dubai), electrically-adjustable driver’s seat is at first a strange feeling, but you soon find out that this merely adds to the allure of the car, as you take your place, Hamilton-esque, behind the steering wheel.

But for all its raw power and acceleration, it really is a comfortable drive, with driver engagement running through its bespoke, sleek, carbon fibre structure.

The new McLaren 4.0 litre twin-turbocharged V8 delivers 620PS and 630Nm of torque. Combine these figures with a weight of just 1,530kg, and performance is, quite simply, stunning. 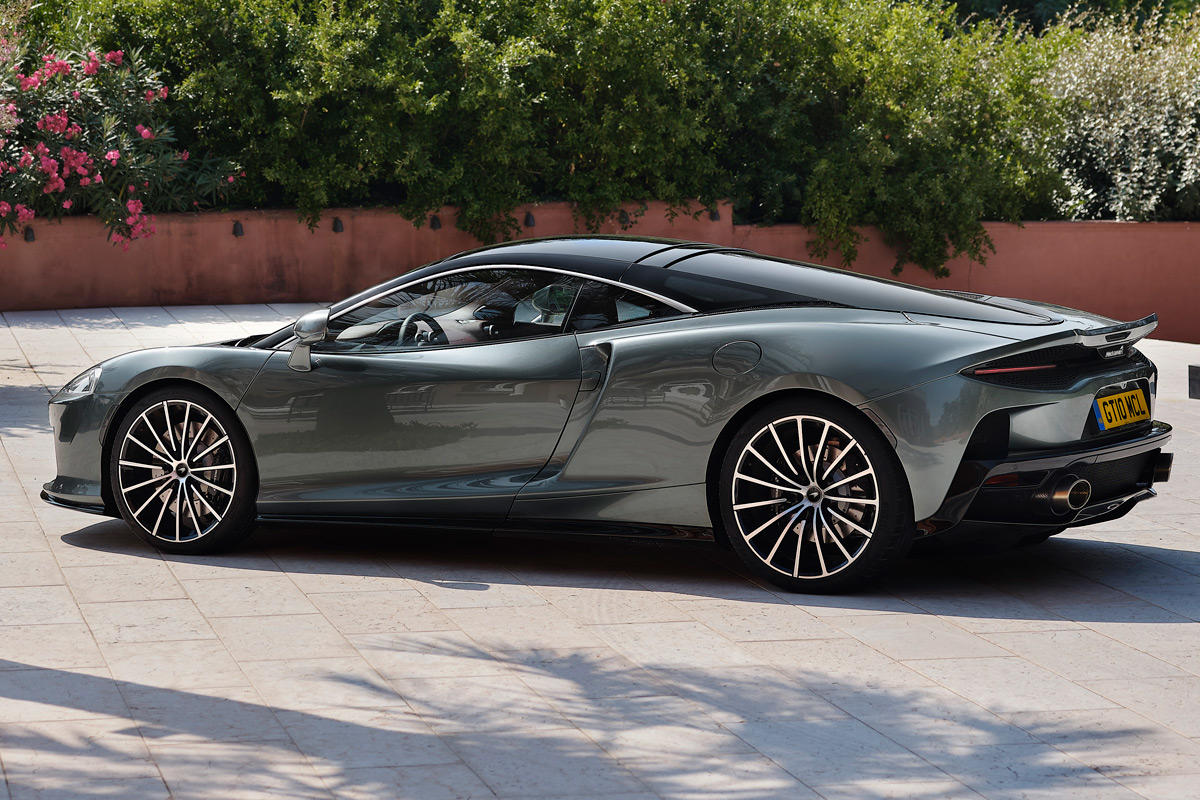 The iconic dihedral doors, which open up and out, make valeting almost a necessity, but at AED875,000, would you really be using the shopping mall car park?

That’s not to say that the McLaren GT isn’t practical. With the engine situated behind the driver and passenger seats, that frees up room at the front and back for a generous amount of luggage space – 570 litres to be exact – where a respectable-sized weekly shop can be placed in the frunk, while the back can accommodate a full-sized golf bag or two sets of 185cm skis.

It also boasts a cutting edge infotainment system which, unlike some of its peers, does not require a university degree to operate – the simple tablet that can operate everything from the AC through to the music and the ambience of the car, with six colours of subtle lighting shades to choose from. 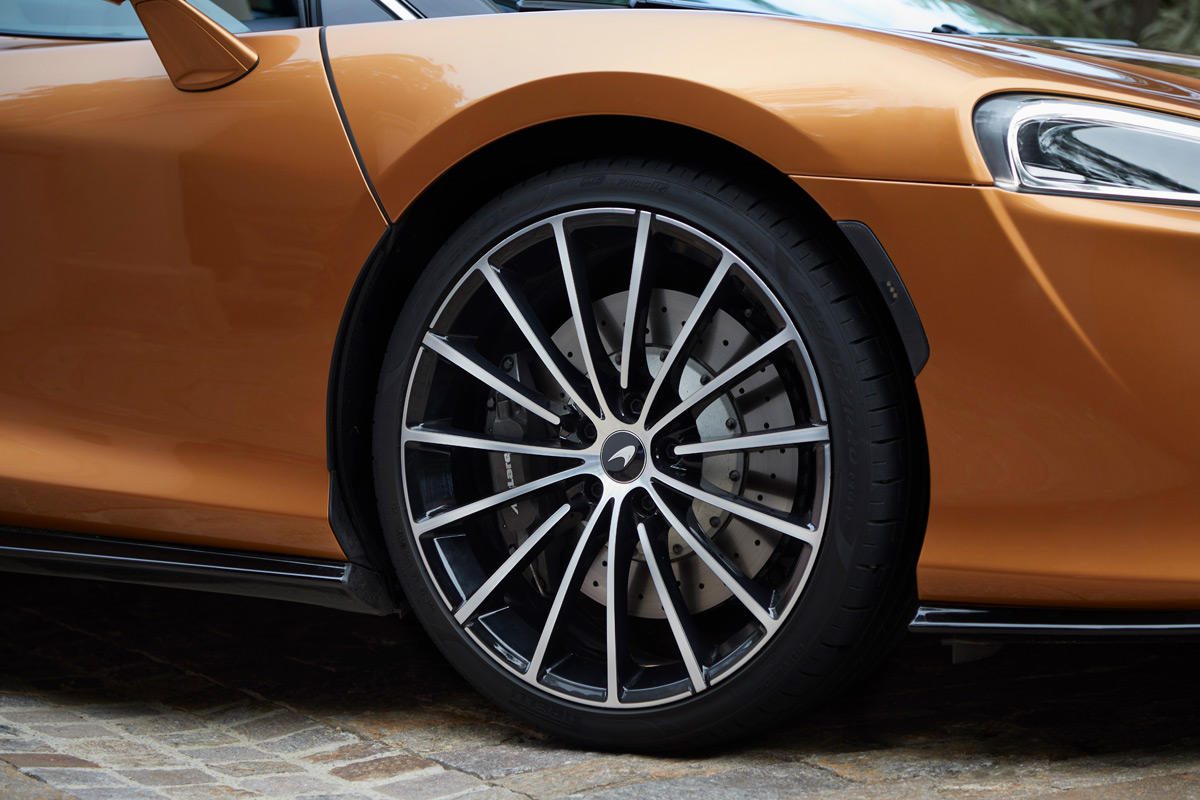 In terms of the interior itself, the soft-grain leather and advanced, durable SuperFabric take their place inside the spacious glass wraparound cabin with a feeling of lightness that only adds to the comfort and overall spectacle.

And filling it up is also relatively comfortable, with 23.7 miles-to-the-gallon and a full tank costing around AED120.

A word of caution, however, it takes a great deal of practise to perform the perfect entry and exit from the vehicle, with every semblance of etiquette initially removed as you fall in or fall out of the car, manoeuvres that would take slightly longer than a weekend to master.

Sadly that was all we had with the McLaren GT. And while Sir Lewis may have jumped from his F1 McLaren into his Mercedes-Benz EQC after his eventful afternoon in Italy, for us it was back to our trusted Opel Mocha and the Hessa Street traffic.