“My story starts in Shanghai, where I started spray painting and doing street art and graffiti…I was one of the first people to ever spray paint a wall in China. But, I had to stop because back in the day this was such a new concept, so the police considered it vandalism,” said the iconic

“My story starts in Shanghai, where I started spray painting and doing street art and graffiti…I was one of the first people to ever spray paint a wall in China. But, I had to stop because back in the day this was such a new concept, so the police considered it vandalism,” said the iconic Super Buddha, in an exclusive interview with Arabian Business.

“After Shanghai, I ended up going to Miami. That was the ‘big boom’ for me with a lot of sales and collectors – it’s where the brand actually exploded,” he said.

The contemporary artist has garnered an extensive list of celebrity collectors, from musical artists such as Tory Lanez and Swae Lee; to business tycoon, Gianluca Vacchi; and boxing superstar, Floyd Mayweather.

Through his art, he intends to provide ‘good fortune’, which is depicted through his ‘Buddha’ character that is present in each painting and conveys positive messages.

Over the past six years of his career, he has amassed a notable list of accomplishments, citing his role as Pope Francis’ main artist as one of his top achievements. 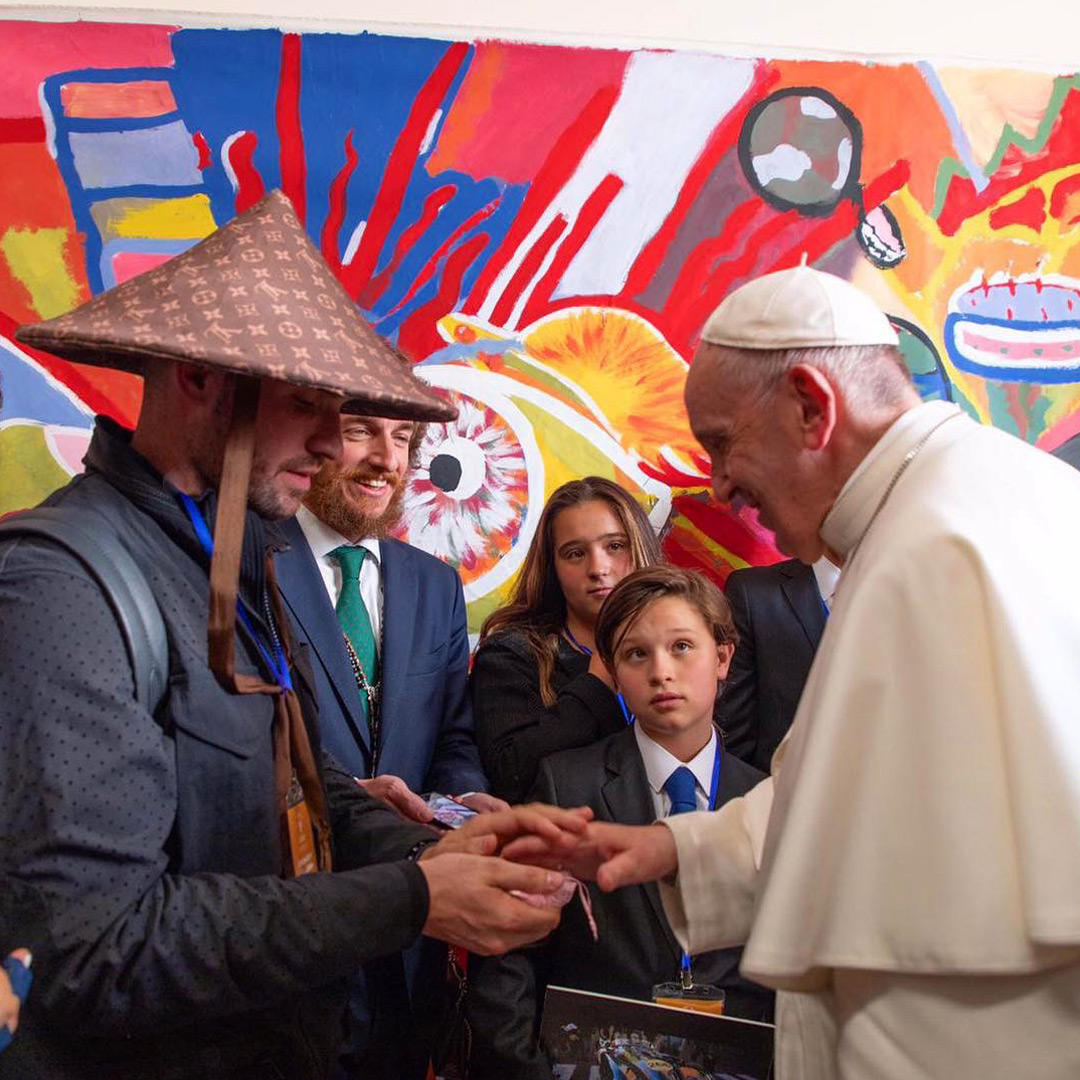 Super Buddha is one of Pope Francis’ main artists.

“I work with the Pope twice-a-year and what’s really special about that is the social impact that it entails. So, we’re able to donate a lot of money each event to his foundation Scholas Occurrentes, which is a foundation for educational programs for kids,” he explained.

Super Buddha is also one of three artists to ever occupy the historic landmark in Miami’s Lincoln Road for a sculpture placement, in which his five-foot tall “Good Fortune” Buddha was displayed.

Alongside his passion for the fine arts, he is also an emerging pioneer in the NFTs (non-fungible tokens) market internationally.

“I got involved in NFTs because of the market and a lot of people started pushing me towards creating them,” he said.

While NFTs have been around for a few years already, the market size for these crypto assets has surged to new highs in the past year, with $2 billion having been spent on NFTs during the first three months of 2021 – a 2,100 percent increase from the fourth quarter of 2020.

Embracing a new avenue for artistic expression, Super Buddha’s NFTs are an ode to 1980s and 90s video game nostalgia and are engrained with positive messages. 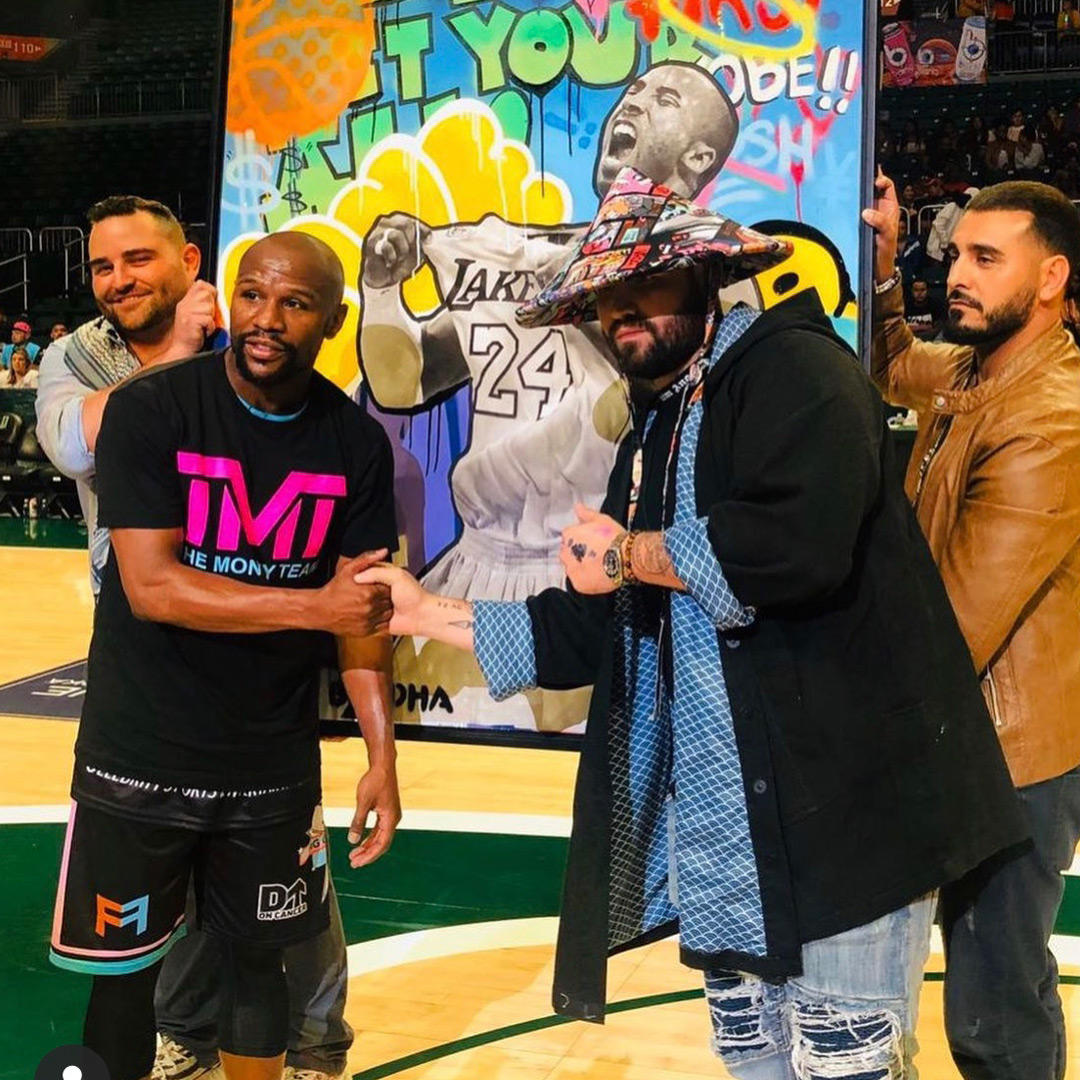 The contemporary artist has garnered an extensive list of celebrity collectors, which include boxing superstar, Floyd Mayweather Jr.

The NFTs also feature his iconic ‘Buddha’ character as a contemporary spokesperson and a token of enlightenment that entices the audience with witty one-liner blessings.

While ownership transactions traditionally depended on layers of middlemen, NFTs have completely changed the rules of ownership, acting as an authenticator and viable proof of ownership existing on a digital ledger or blockchain.

“NFTs eliminate the middleman. Also, with an NFT, you don’t necessarily have to be a fine artist – it can also be for musicians or actors as well,” said Buddha.

NFTs are bringing the possibility of ownership to the masses, as well as appealing to the younger generation, who typically have a greater appreciation for digital platforms.

He said: “If you’re a musician, for example, you could give your listeners direct access to your songs, and you can monetise off of it in perpetuity…. that’s never been done before – this is something completely new and that’s why I think it’s completely supportive of the artists as well.”

Buddha expressed his optimism for the Middle East’s NFT scene, having been a part of the first ever NFT art auction in the region, NFT BAZL Dubai.

“We sold a lot of NFTs and it was greatly received by everybody, and now it’s getting more and more popular,” he said.