Dubai-based cloud kitchen start-up Kitopi has raised $415 million from a group of investors including SoftBank Group Corp.’s Vision Fund 2, vaulting it to unicorn status. Kitopi “has crossed the billion dollar valuation mark now”, chief executive officer Mohamad Ballout said in an interview, declining to give more specifics. “We now have enough capital to

Kitopi “has crossed the billion dollar valuation mark now”, chief executive officer Mohamad Ballout said in an interview, declining to give more specifics. “We now have enough capital to really fuel the growth of our business in the Middle East and to expand globally.”

The deal marks one of the largest funding rounds for a Middle East technology company. Other investors that joined SoftBank include Chimera, Turkey’s Dogus Group, California-based Next Play Capital and B Riley, Ballout said.

Under the new deal, Kitopi will use its smart kitchen operating system with KLC to maximize the latter’s kitchen efficiency and its brand and customer experience

The funding package will be used to accelerate the firm’s expansion in Saudi Arabia and also to start operations in new countries, he said. Kitopi will make Saudi Arabia its Middle East headquarters while Dubai will remain a global head office as it looks to expand into Southeast Asia, Ballout said.

Cloud kitchens, which handle food preparation of delivery orders for multiple restaurant brands, have become a new hotspot for technology investors as the pandemic has hit restaurant dining. Indian cloud kitchen firm Rebel Foods Pvt Ltd., which is backed by Goldman Sachs Group Inc. and Sequoia Capital, is currently looking to raise new funding that could give it a valuation of close to $2 billion, people familiar told Bloomberg in May.

“The industry we’re in is massive, and the dynamics of it is changing a lot as it goes from offline to online, and we’re well positioned to capture that change,” Ballout said. “We’re going to be putting around $200 million of capital in Saudi Arabia to build out our business there.”

Kitopi expects that Saudi Arabia will account for the majority of the company’s business within 12 months, he said. 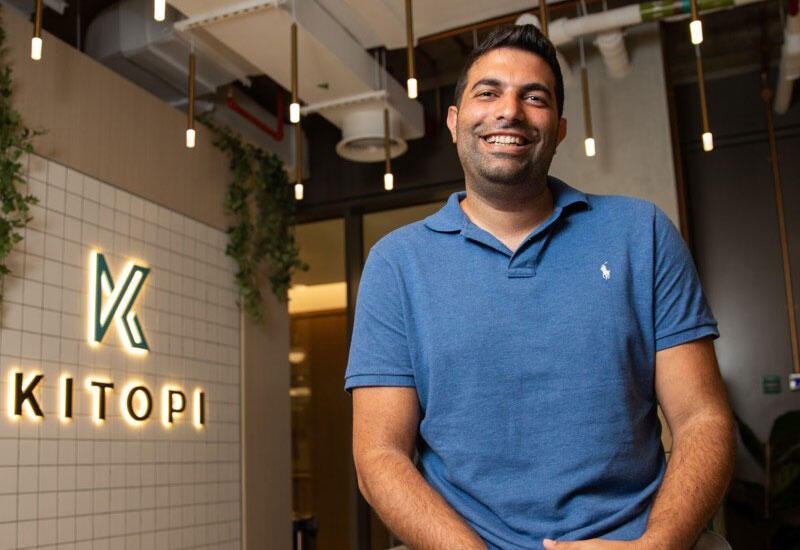 The valuation implied in its latest funding round is a significant increase from the last time Kitopi tapped investors. It raised $60m in February last year, just before the spread of the coronavirus led to widespread shutdowns of restaurants around the world as countries locked down to contain the contagion.

The deal is SoftBank’s first in a business headquartered in the United Arab Emirates, Faisal Rehman, managing partner for SoftBank Investment Advisers, said in a statement.

Kitopi, which Ballout says is already profitable, is still growing even as dining-in at restaurants resumes in many countries where it operates. “In Saudi Arabia and the United Arab Emirates in particular, we already see that eating out behaviour is back to where it was pre-Covid, and we’re still growing super-fast,” Ballout said.

Prior to the latest financing, Kitopi had raised $120m since it was founded in 2018, attracting investors including US-based Lumia Capital, Rise Capital and Knollwood.