Whether the world of work in a post-Covid existence will see employees return to the office full-time, part-time or operate completely remotely, one thing for certain is that video technology, thrust into the forefront over the last 18 months, will continue to play a pivotal role. Sam Tayan, managing director at Zoom in the Middle

Whether the world of work in a post-Covid existence will see employees return to the office full-time, part-time or operate completely remotely, one thing for certain is that video technology, thrust into the forefront over the last 18 months, will continue to play a pivotal role.

Sam Tayan, managing director at Zoom in the Middle East and Africa, revealed that the company gained around 100,000 free or paid subscribers in the first week after a ban on video technology in the UAE was lifted in March last year as the Covid crisis took hold. This increased 900 percent by the end of the month.

“Zoom was a very successful growing company in the years leading up to last year. We were doing well, we were profitable, we were growing quickly. But clearly there was a very significant take-off and the numbers were quite exceptional, in terms of the speed at which people were certainly using Zoom,” he told Arabian Business.

And that has shown no sign of abating, despite the steady trickle of employees returning to the office as countries gradually get the pandemic under control.

Global results for the first quarter of the year – Zoom is unable to provide regional breakdowns – revealed total revenues of $956.2 million, up 191 percent year-on-year.

“Certainly the growth was very significant. I think last year was a year of exceptionals, but having said that, our best quarter on record was last quarter, which just ended a month or two ago. The growth has continued,” added Tayan.

According to a survey of Emirati nationals conducted by Zoom last year, 31 percent said they expected to work from home full-time, 38 percent thought it would consist of a hybrid model, and 27 percent believed they would be returning to the office full-time. 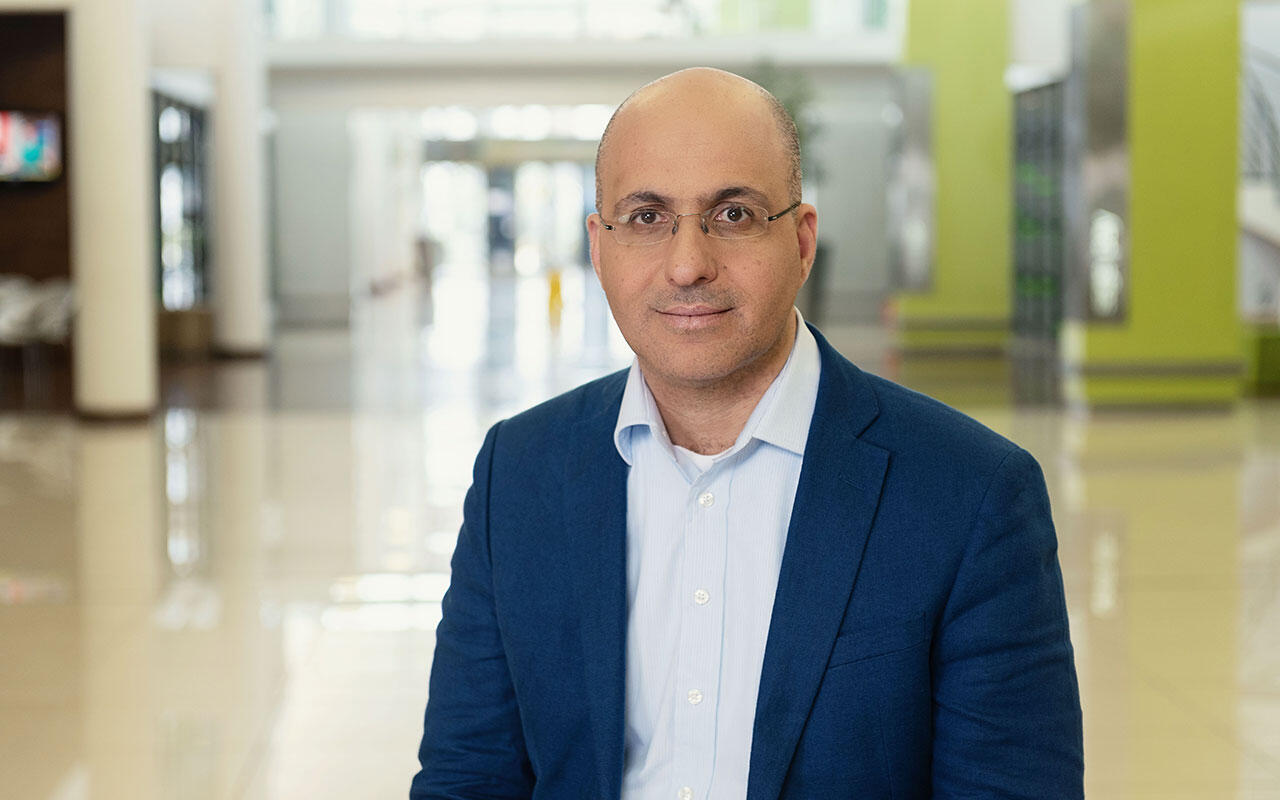 Sam Tayan, managing director at Zoom in the Middle East and Africa.

Tayan said: “So the majority, about 69 percent, thought that they would either be working from home full-time, or working in a hybrid situation going forward. And we’re seeing that.

“As I do Zoom meetings with people, I notice the mix of the same people and one minute they’ll be in the office, one minute working from home. So it’s that hybrid situation. I think everybody appreciates face-to-face contact, I just think it’s an optimisation of your time and your resources and also the nature of the meeting.”

And that applies equally to the use of the technology in education and personal use of Zoom, with the platform used for catch-ups, weddings and funerals over a period of time when movement restrictions were enforced to control the spread of coronavirus.

Referring to the usage in the education industry, in particular, Tayan said: “When I was a youngster, if you were sick or you missed the bus or whatever, you just missed that piece of the lesson. And that was that. The best you could do was really talk to your classmates.

“These days, with Zoom technology, you can record the classes, you can make them available later on when you’re doing revision for exams, or if you happen to skip a class for whatever reasons, because you’re late or something. Again, these are what I would describe as persistent benefits, which people have started to get used to.”